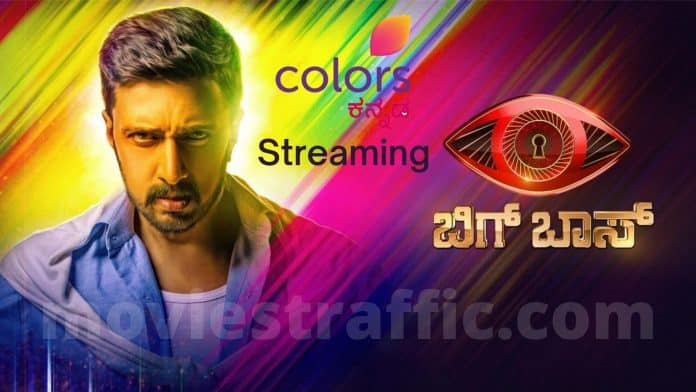 As Bigg Boss Kannada OTT is heading towards its grand finale, the team has now decided to stream it on television from September 24th on the Colors Kannada channel. The OTT show lasts only for 45 days and already 38 days as been successfully completed on the Voot app, followed by 9 eliminations. The grand finale will now be exclusively premiering on television and hosted by the Kannada Flim Industry’s Superstar Kiccha Sudeep.

Meanwhile, Sonu Srinivas Gowda and Rakesh Adiga’s bond is slightly getting more than friendship as the final days are arriving and maybe this could be the strategy to seek audience attention towards them to seek votes. On the other side, Roopesh Shetty and Sanya Iyer’s bond is getting high TRP ratings for Bigg Boss OTT. Talking about the tough contestants Rakesh Adiga, Sanya Iyer, Roopesh Shetty, and Jayashree Aradhaya is most likely to be the top 4 contestants in Grand Finale.

According to sources, the team of Bigg Boss OTT is planning an elimination this Saturday which means out of 7 contestants, one contestant will be evicted from the Bigg Boss house. In keeping with the audience’s vote rate, Aryavardhan Guruji is likely to be eliminated this Saturday.

Being one of the most successful reality shows on Kannada televisions, this year the concept of OTT show was not likely to be accepted by the audience, as most of the household audience don’t get access to mobile apps and stuff. It’s a good decision that the team adopted to stream it on television as of now every audience can enjoy the show on a daily basis and simultaneously the TRP ratings will go higher. The show will be now premiering on colors Kannada channel every day at 9 pm, whereas other serial casting timings have been replaced and changed

In accordance with the contestant’s performances in Bigg boss house, Roopesh Shetty is favorable to win Bigg Boss Kannada OTT and Rakesh Adiga the runner-up. Since day one of the shows, Rakesh Adiga and Roopesh Shetty have been on the safer side by topping the voting polls. Who do you think will be the winner and runner-up of Bigg Boss OTT Kannada?