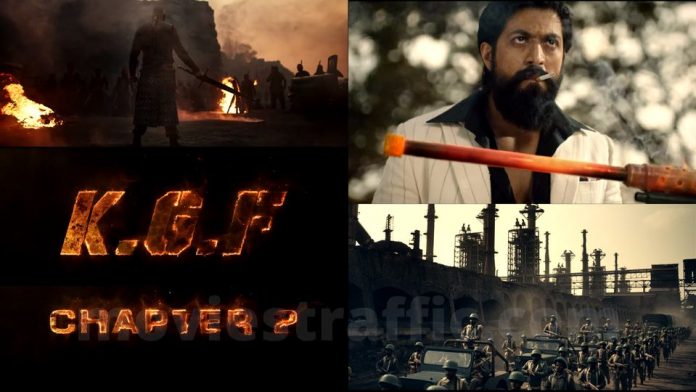 The biggest anticipated ‘KGF Chapter2’ official teaser was out yesterday at 9:29 pm. After the release of the teaser from the makers of ‘Hombale Films’, the short clip just started to trend on YouTube within few minutes. However, within 24 hours the teaser is unexpectedly hitting 50+ million views & still, the counting has never gone down.

Since after the release of KGF Chapter 1 the fans were eagerly started to wait for the next continuation of ‘KGF Chapter 2’. Finally the makers have shown the green signal by releasing the short teaser by giving hint to the audiences that movie is going to hit the theaters soon.

After watching the short clip of the teaser the fans went crazy by showing the positive responses on social media and where the huge number of audiences are waiting to expect the movie soon releases to watch on the big screen. Undoubtedly the ‘KGF Chapter 2’ breaks the box office record of Chapter 1.