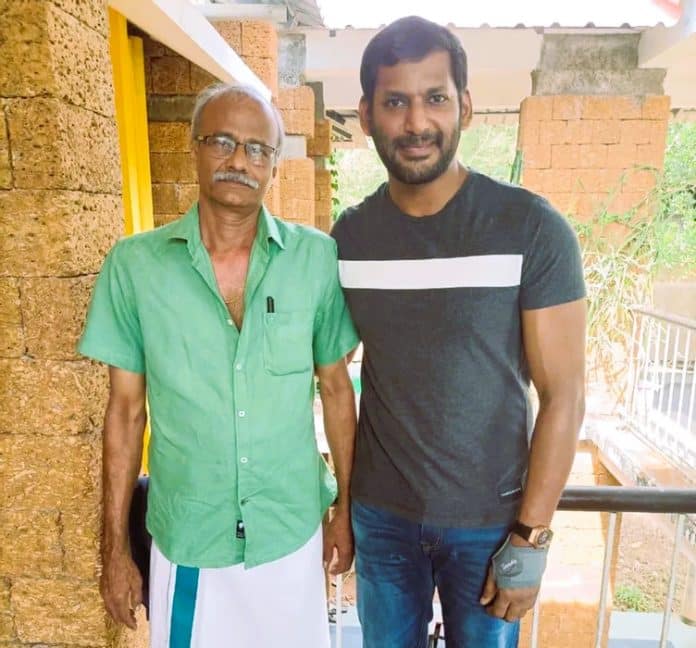 Tamil star Vishal has recently made a return to the set of his forthcoming cop drama Laththi after healing from injuries while shooting the same film just a few weeks ago. Now, the crew is shooting an action scene that’s a high-octane part of the final schedule for the film.

The actor posted on Twitter to share behind-the-scenes footage of the intense shoot. The caption reads, “Elated to be back on the sets for the final schedule of #Laththi as we are canning the high octane climax sequence with @peterheinoffl”. The clip reveals to fans how to film these high-risk scenes.

Vishal experienced multiple hairline fractures to his finger and hand when he shot another action sequence that was intense prior to. Vishal took a trip to Kerala to recover in a calm environment and returned refreshed. The actor will appear as a police officer in his next movie and his fans are excited to see him play a police officer.

Laththi is produced by A Vinodkumar and stars Sunaina as the lead lady, opposite Vishal. In addition, veteran actor Prabhu is also playing a significant role in the project that is financed by Ramana and Nandaa’s production company. Pon Parthiban is the writer of the script for the action flick. Sam CS has given the soundtrack for the film’s background and M Balasubramaniam is handling the cinematography.

The film will release in Tamil alongside a dubbed version available in Telugu & also other languages too.

Check out the video below: